The history of the Catholic Church in Iceland

Christian settlers It is believed that the first men who settled in Iceland were Gaelic monks from a Hiberno-Scottish mission. They soon disappeared. By the end of the 9th century, Nordic and Celtic people settled in Iceland. The majority was heathen and venerated the ancient Norse gods. Among the first settlers of Iceland were also Christian people, who came from Ireland and Scotland. In the 10th century Catholic missionaries came to Iceland from Norway and Germany. They christened an increasing number of the population. Subsequently, the National Assembly “Althingi” decided to proclaim Christianity, in the year 1000, as the general religion in the whole country.

First episcopal diocese established The National Assembly also decided to contact representatives of the world church in Rome and ask them to bring Iceland under their ecclesiastical rule. In 1056 the first Icelandic bishop, Ísleifur Gissurarson was ordained in 1056. In 1106 a diocese was founded in Hólar in the north of Iceland. In the first two centuries of Christianity in Iceland around two thousand churches were built in the country.

Monasteries and cultural life A number of monasteries and convents, of both the Benedictine and Augustinian Orders, were founded in Iceland. They were, along with schools in Skálholt and in Hólar, the main-centres of education and culture. Thanks to the influence of monks and priests a rich culture developed, not least in poetry. Ancient sagas, religious writings and laws were recorded. Furthermore, religious men and women as well as other people working in the church, initiated progress in agriculture and in the care of the sick and the poor.

Saint Thorlak, Patron Saint of Iceland The most important medieval bishop was Þorlákur Þórhallsson. He was bishop of Skálholt 1178-1193. He studied in France and in England. He attempted to reform the morality of pastors and laymen and claimed jurisdiction over church property from the hands of laymen. He was already regarded as a holy man during his lifetime. He was locally canonized five years after his death. In 1984 Pope John Paul II declared St. Thorlak “The patron saint of Iceland.” READ MORE

Reformation in 1550 In the wake of the Reformation, the king of Denmark succeeded in gaining control of the assets of the church. He also led the Protestant clergy to power and church organizations were placed under their control.

Bishop Jón Arason Jón Arason, the bishop of Hólar, refused to reject the pope´s leadership in spiritual matters and declared the new church ordinance unlawful. In spite of a powerful resistance, he was arrested and executed, without legal trial and conviction, in Skálholt on November 7, on 1550. Subsequently, all ties with Rome were cut and Catholicism was outlawed.

Catholic Church restored in the 19th century First Catholic missionaries, after the Reformation, came to Iceland in 1857. Two French priests, Fr. Bernard and Fr. Baudoin, were admitted to minister to the French seamen who were fishing around the island. Three years later they settled in Landakot in Reykjavík, where the Cathedral stands. Fr. Baudoin remained there for 15 years. At that time Iceland was a part of the so called “Arctic Mission” (Præfectura Apostolica Poli Arctici) which was established in 1855 and reached the northern parts of Europe and America. In 1869 the Arctic Mission was dissolved and Iceland was placed under the newly formed prefecture in Denmark. In 1895, two priests were sent from the Catholic Mission in Copenhagen and a year later four St. Joseph sisters arrived.

Education and welfare The St. Joseph sisters broke new grounds in health care in Iceland when they build the hospital in Landakot in 1902. Soon after their arrival, they also began to teach a small number of Catholic children in their premises in Landakot. This was the beginning of Landakotsskóli, the elementary school.

The Montfortians Montfort priests first arrived in 1903 and until 1968 they supervised the mission. In 1923, Iceland was made a special mission district. Reverend Martin Meulenberg, who had worked in Iceland since 1903, was promoted to the head of the prefecture. In 1929, the missionary assembly in Iceland was brought to the upper level of the administration and made a vicarati. Then Meulenberg was consecrated bishop. In 1941 Fr. Jón Gunnarsson, the first Icelandic priest after the Reformation, took over the bishop´s office and served until 1966.

During the period of the missionary church in Iceland, i.e. from 1903-1968, the Montfort priests where in charge with the help of sisters of the congregation of St. Joseph in Reykjavík and in Hafnarfjörður and the Franciscan sisters in Stykkishólmur. Since then, the Catholic priests in Iceland have either belonged to specific religious orders or been so called “secular priests”, i.e. under the direct authority of the local bishop.

The predecessors of the cathedral The first chapel in Landakot was blessed in 1864 by Fr. Bernard and Fr. Baudoin. The Masses in the chapel were well attended and were popular among the Lutheran townspeople, but Icelandic authorities were opposed to this and banned others than Catholics from attending the Mass. As Iceland was given a new constitution in 1874, which granted freedom of religion, the Catholic Church received a fresh opportunity for mission. By the end of the 19th century, two missionary priests and four sisters of the Congregation of the sisters of St. Joseph came to Iceland. On their initiative a new church dedicated to the heart of Jesus was consecrated in Reykjavík in 1897. It was used for about 25 years. Later it became part of the Landakot-school. It is currently in Árbæjarsafn, the outdoor museum of Reykjavík.

Cathedral of Christ the King Around 1918, the congregation of the Montfortians decided to embark on the construction of a church in neo-Gothic style, according to the drawings of the Icelandic architect Guðjón Samúelsson. The church was completed in 1929 and consecrated on July 23, the same year. Following that, Marteinn Meulenberg, who was the head of the mission and initiated the construction of the church, was ordained the first Catholic bishop in Iceland after the Reformation. For a long time, the Cathedral of Christ the King was the country’s largest church.

Once, Meulenberg was asked if the church was not too big for such a small congregation (which counted about 130 people). He replied that within a few years no one would talk about how big the church was, but rather asking why he had not built an even bigger church.

On the occasion of the celebration “Christianity for 1000 Years in Iceland”, in the year 2000, the cathedral was honoured with the title of “Basilica”, the only one in Northern Europe.

Bishops of the Diocese of Reykjavík

Hinrik Frehen S.M.M. (b. 1917 – d. 1986) came from the Netherlands and served as bishop until he died in 1986. He undertook a renewal of liturgy and translated Roman texts into Icelandic. Bishop Frehen managed to improve the financial position of the diocese with support from the Netherlands and Germany. He succeeded also in engaging numerous foreign priests to work in Iceland.

Alfred Jolson S.J. (b.1928 – d.1994) was an American, of Icelandic origins. He served as bishop of Reykjavík from 1988 until he died in 1994. During his years of service two chapels were consecrated: one in Keflavík and one in Ísafjörður. Bishop Jolson welcomed Pope John Paul II in his visit to Iceland on June 3rd. -4th. 1989.

Jóhannes Gijsen (b. 1932 – d. 2013) came from the Netherlands. He was Bishop of Iceland from 1995 to 2007. He invited foreign priests to attend an increased number of Catholics. During his years of service two churches were consecrated; one in Akureyri and one in Breiðholt in Reykjavík and two chapels were blessed; one in Reyðarfjörður and one in Ísafjörður. He also managed to get sisters from various congregations to work in Iceland. Bishop Gijsen initiated the translation of the “Missale Romanum” in Icelandic.

Pétur Bürcher (b. 1945) came from Switzerland. He was ordained bishop of Reykjavik in 2007. During his years of service a new church in Ásbrú was consecrated and two chapels; in Egilsstaðir and in Höfn. In 2014 the St. John Paul II parish at Ásbrú in Keflavík was established. With the help of various relief organisations, the diocese’s finances were improved and thanks to their help, a Catholic guesthouse and education centre has also been established in Stykkishólmur.

David B. Tencer OFMCap. (b. 1963) is now the head of the Diocese of Reykjavík. He is from Slovakia and belongs to the Capuchin Order. He came to Iceland in 2004 and was appointed parish priest in St. Mary´s Parish in Reykjavík. In 2007 he was appointed parish priest in St. Thorlac parish in Reyðarfjörður. Since he became bishop in 2015 a new church has been built in Reyðarfjörður and the parish of St. Apostle John has been founded in the Westfjords. 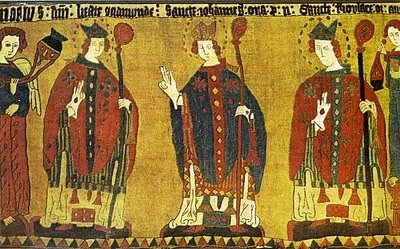 Bishops for all Iceland

Catholic bishops in Iceland from 1929 to the present day

close
Start typing to see posts you are looking for.
Scroll To Top
This site uses cookies: Find out more.